and I help busy bombshells like you monetize their online presence.

Why? Because my life has been a series of bold strategic moves that have resulted in either great reward or great learning's. I launched my blog in fall 2013 with a simple goal of sharing my expertise with others to help them remain two moves ahead of the competition. I started off writing about career development and personal branding. I was also coaching others on career transition and interview prep. My specialty? Leveraging LinkedIn to build your brand, grow your network and make a name for yourself.

Along the way, I began to work with entrepreneurs who wanted me to brand their LinkedIn profiles to aid them in getting clients. I LOVED working with this group. As I gaining clients through referrals, their asks became bigger. I went from writing LinkedIn profiles to writing biographies, website content and creating social media strategy for authors, coaches, event planners and more.

That experience is what led my business to blossom into what it is now. Today, I help amazing bombshell women like you package their expertise, brand their brilliance and monetize their online presence.

I am also a content creator, serial entrepreneur, and author. Passionate about brand strategy, entrepreneurship, and beauty, I have several brands and ventures that I manage.

I am originally from Chicago but currently reside in Pittsburgh and serve as an active member of the Greater Pittsburgh community. I exercise my expertise in training, facilitation, and public speaking by hosting workshops for professional organizations in the areas of personal branding, career development, and the power of social media. I have hosted trainings for the University of Pittsburgh, Carnegie Mellon University, Carnegie Library of Pittsburgh and more. I have also spoken for national events such as the National Urban League conference, National Black MBA Conference and more! 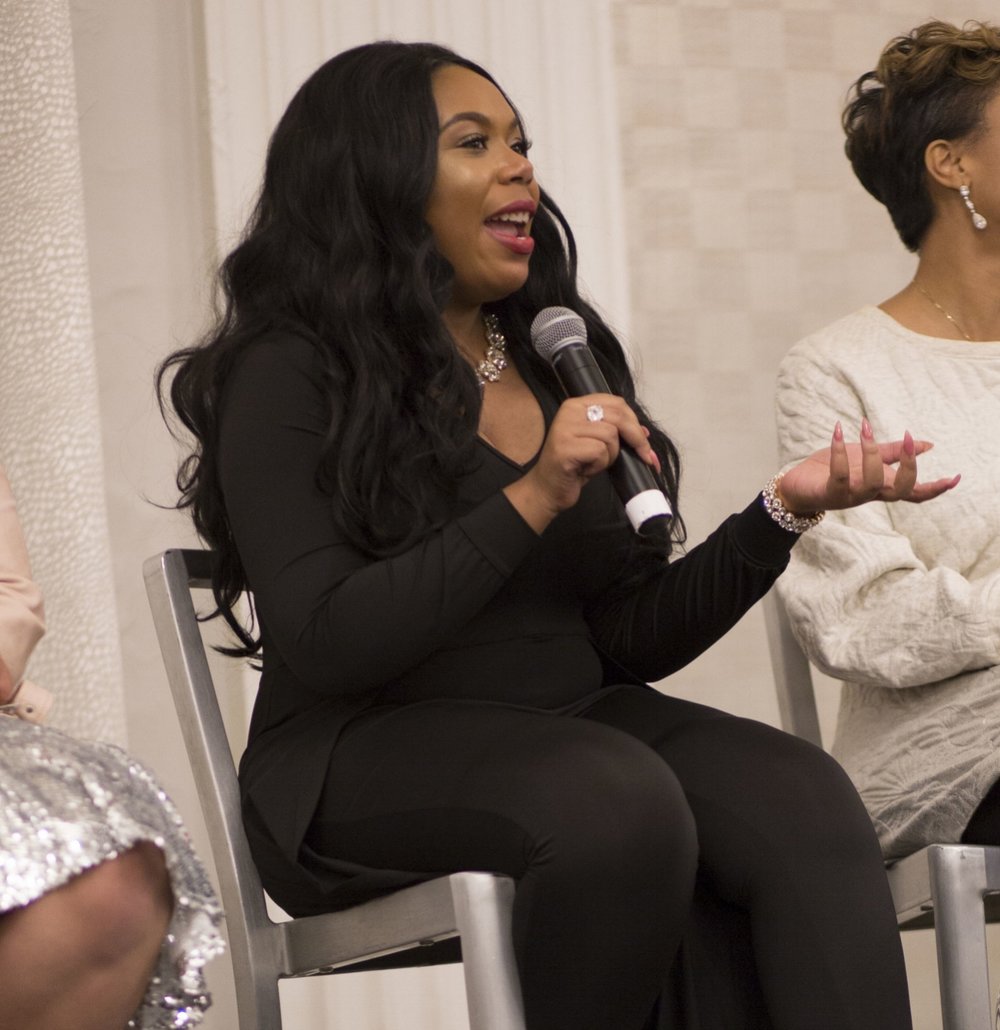 I am a past president of the Urban League Young Professionals of Greater Pittsburgh. I am a former board member of prestigious organizations such as Ellevate Network, YWCA Young Leaders Board and more. Today, I serve as the current chapter president for the National Black MBA Association, Pittsburgh and the Local Chapter Leader of Levo Pittsburgh.

My continuous efforts and involvement have been recognized by EBONY Magazine, Fast Company, XO Necole, CNN Money, Blavity, Empire Life Magazine, and more! In 2017, I was named Entrepreneur of the Year by Style Week Pittsburgh! I was inducted as an official member of the Forbes Coaches Council in October 2018. I am a proud graduate of Hampton University and member of Zeta Phi Beta Sorority, Inc.

Interested in booking me for a speaking engagement? Visit my Speaking Page.

Interested in hiring me to be your private coach? Visit The Power Collective.

Interested in featuring me on your blog, podcast, magazine, radio station or tv? Visit my Press Page.